Getting back into Turkey was no problem after we passed the grumpy looking Georgian officers and drove on to the Turkish border control. There we met friendly, curious and really nice officers who wanted to know everything about our cars and the rallye. They asked us, if they could take pictures with us which came in quite handy (one of the challenges is to have a border picture with the entire team and a border officer and you are usually not allowed to take pictures at the border). 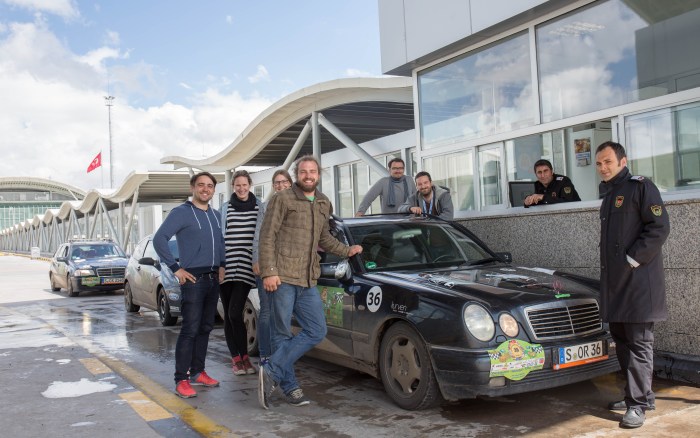 So we took the picture and after signing our cars we drove on to take the obligatory Unicamel pictures after the border. The officers couldn’t believe their eyes when suddenly 6 pink Unicamels posed in front of them. Now they wanted even more pictures. How convenient that one of the guys hanging out with the officers turned out to be a professional photographer.
Even the bosses of the officers wanted a picture with the Unicamels – best shot ever! 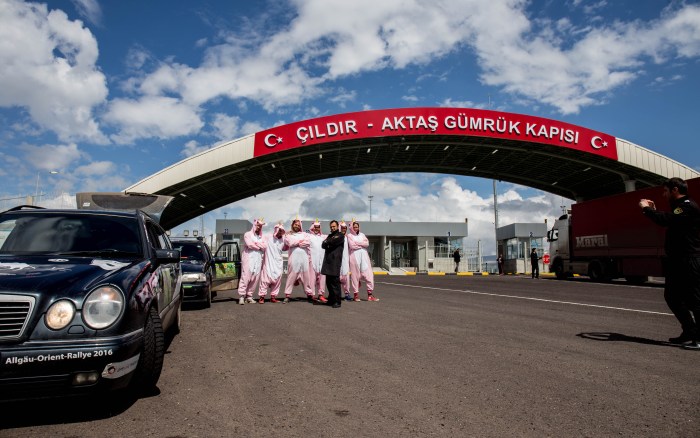 But it even got better. We got invited for chai in the border office while other cars were controlled. Unicamel Hauke received an offer for an internship, no pay check but food and chai. Despite the great offer we had to move on our way to win the camel. 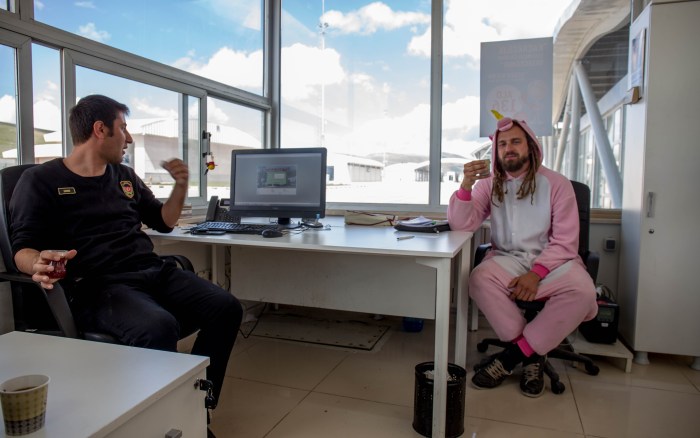 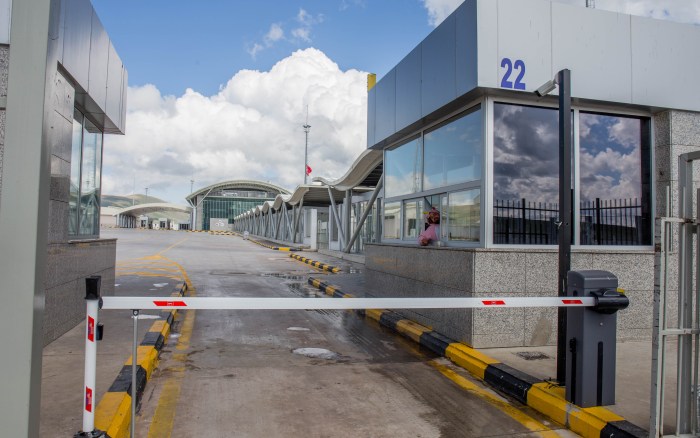 After the game border the Unicamels followed the suggestion of the officer to visit an old castle around the corner. But coffee first! Our coffee break turned into a photo shooting with a class of schoolgirls who finally were courageous enough to talk to us. 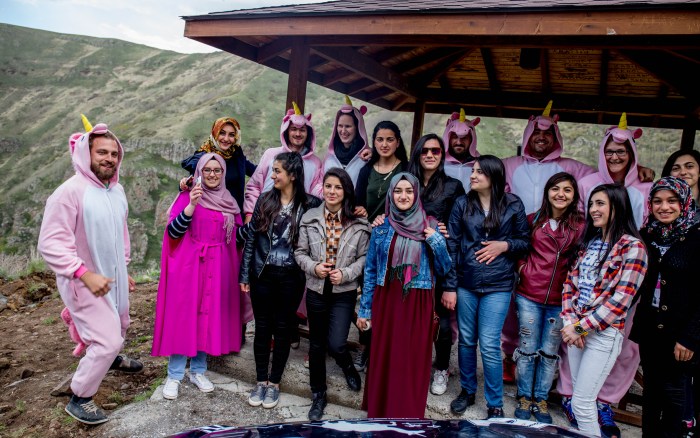 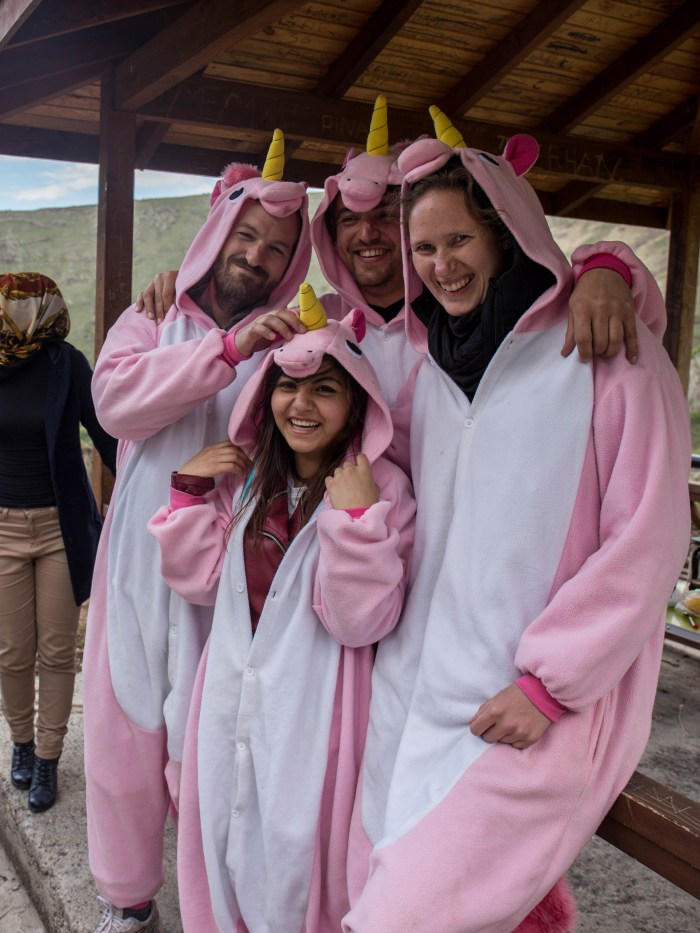 After the photo shooting we conquered Seytsn Kalesi and took some really nice pictures!

A successful day for the Unicamels! Even drivers’ camp looked nice! A perfect place for a barbecue next to the lake 2017 m above sea level we thought. So Unicamel Jana and Mimo went shopping. Three hours later at five degrees Celsius dinner was ready. 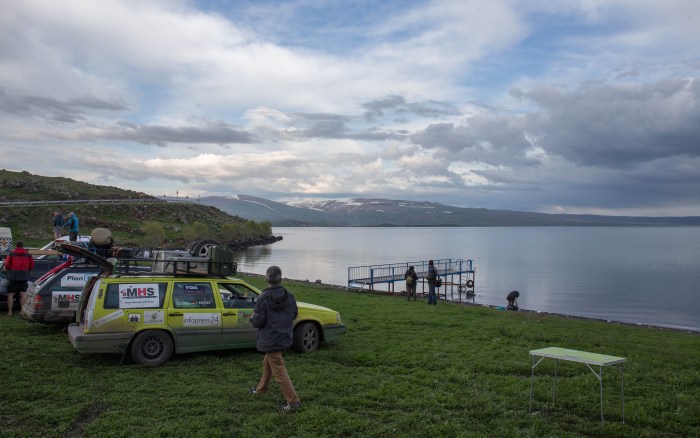 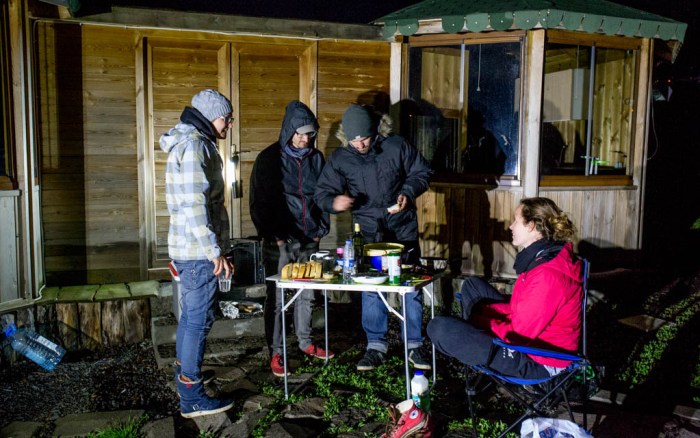 The frustrating part of the day:

The appointment with the hospital to hand over the donations didn’t work out 🙁 We could have had a longer stay in Tiflis as the only reason we drove back was the appointment. Shortly after passing the border we received the first call from Nadir (the organizer) that the afternoon appointment would turn into an evening appointment. No worries – so we had time for the castle. Half an hour before the appointment another call: It’s going to be late and we will meet at the campground.
Great! Handing over medical equipment worth a couple of thousand Euros on a camp ground. But in the end no one showed up at the appointed time and at 8.30 pm we were told to drive to the hospital. We were very disappointed and frustrated. Eventually we came to an agreement, an appointment in the morning.