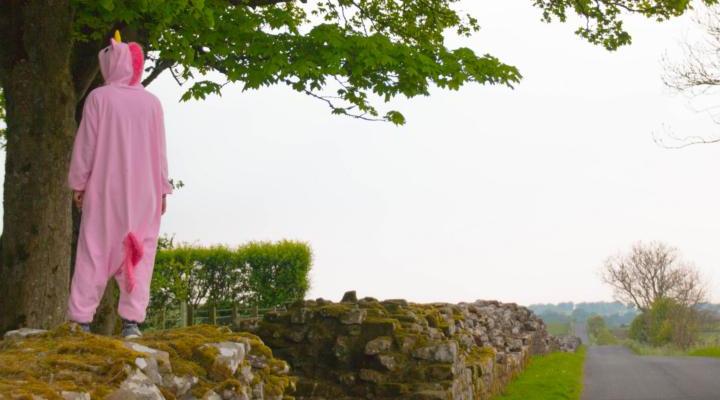 From Liverpool we headed slowly via Lake District towards Scotland. We drove along Coniston Water, where in 1967 Donald Campbell managed to drive over 515 km/h in his hydroplane. To say it shortly: Henriette didn’t break that record.

Accidently we tripped over a great Ice cream parlor. We were even able to get to know the producing cows.

On tiny mountain roads we headed towards our daily challenge: to change team members and tell each other jokes.

Henriette had some breathing problems on her way up the hills, but due to the training session on the day before she did very well.

At the junction Wrynose and Hardknott Pass we met a younger brother of Henriette, who was just waiting to greet an new passenger. The guys from Team Cheese picked Judith and Bailey up and told them their joke.

„How do you call a boomerang who doesn’t return? –> Stick…“

After we completeted the challenge we continued our trip to Scotland. The next mission was to walk 100 m on Hadrian’s wall.

You won’t believe it! We managed to get some pub food!

We decided to hit the road some more and found a nice sleeping spot shortly after Ayr.