+++ Breaking News: feels like being in the Carribean – Unicamel in the Arctic Sea- longest night of the year +++

After a short nap we were on our way to the meeting point to celebrate Midsummer with all the other teams.

We had to stop a lot to take pictures of the amazing and beautiful Lofoten. 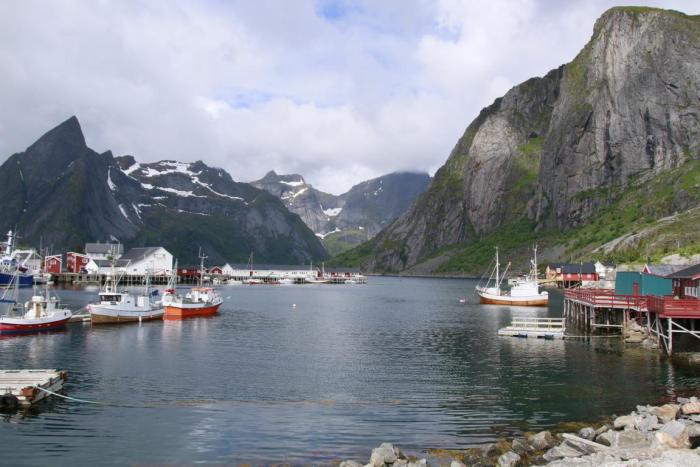 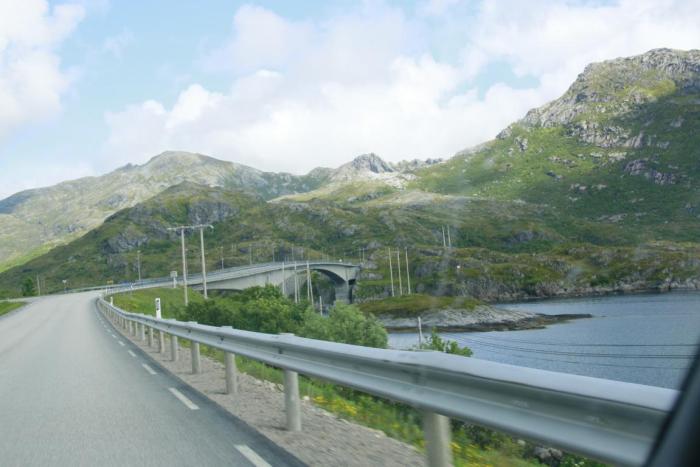 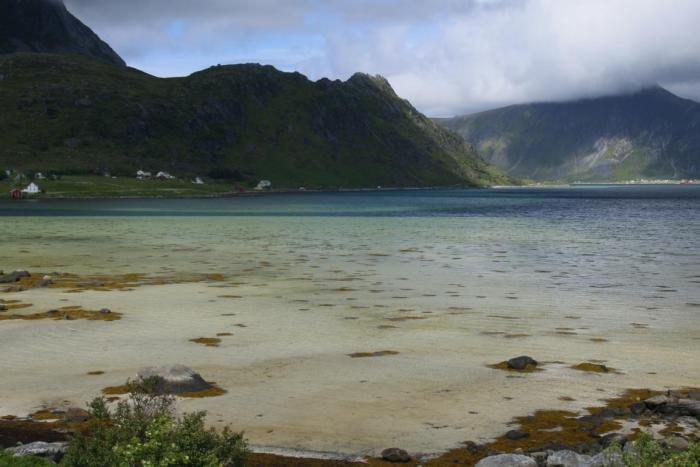 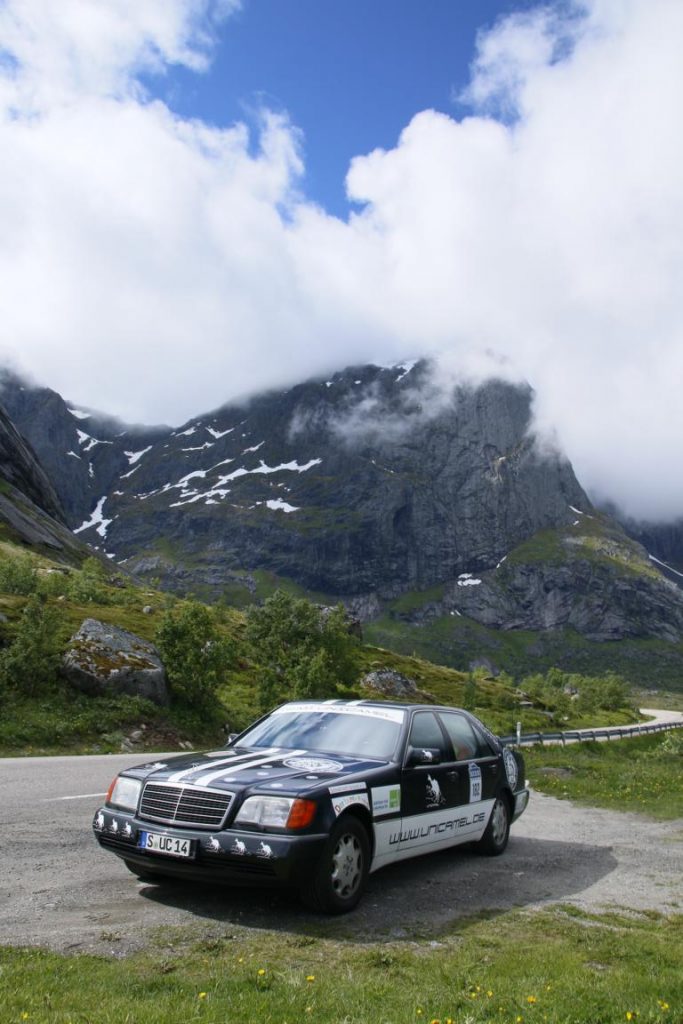 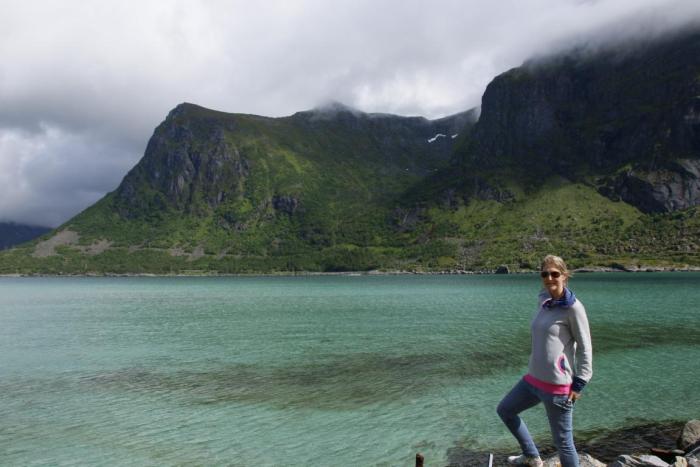 Sometimes it looks like we are on a trip in the Carribean, at least when you look at the water and the sand. not so much when it comes to temperature. It is very windy and rather chilly. 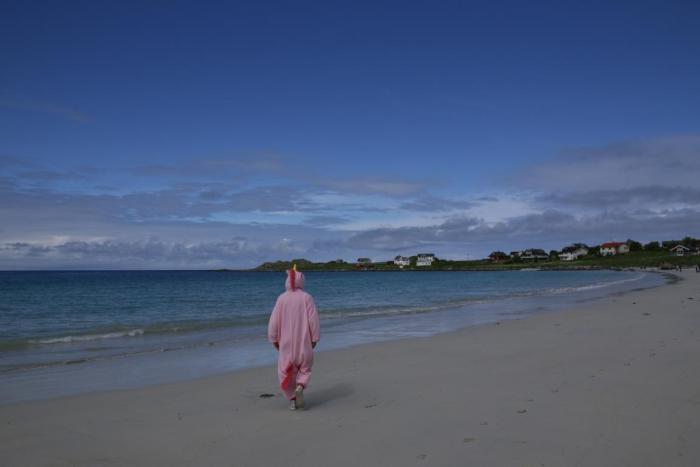 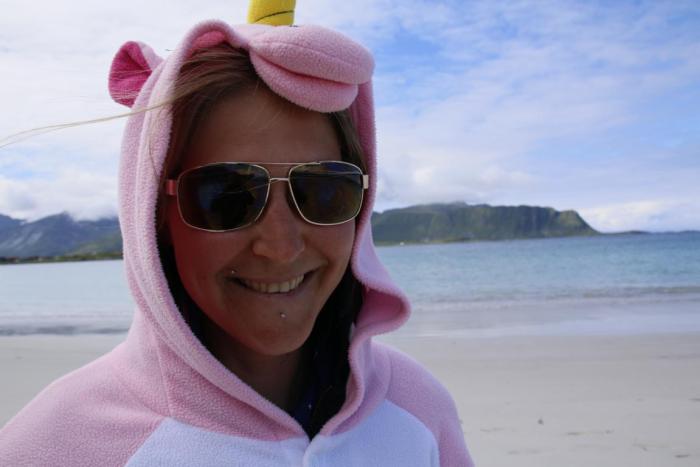 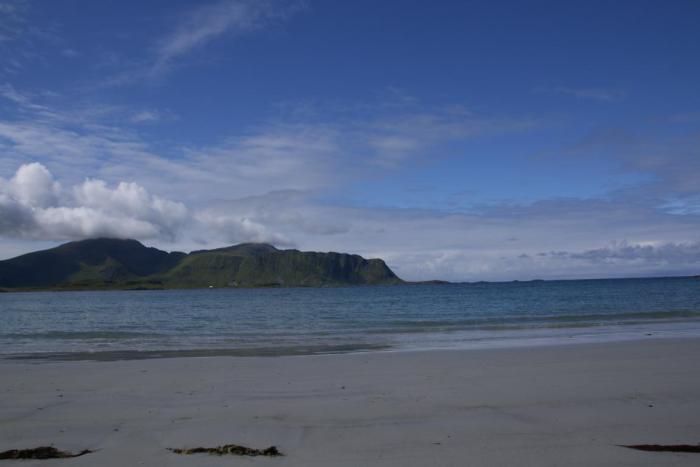 The Barbecues at the location on the beach were well prepared and we only had to put our salmon on.

Around 8 pm the Viking Games started. All the teams had to fulfill challenges like sack races, tug of war, etc.

The Unicamels tried to give their best, but doom came with an apple. Nevertheless its was funny and a good way to get to know the other teams. 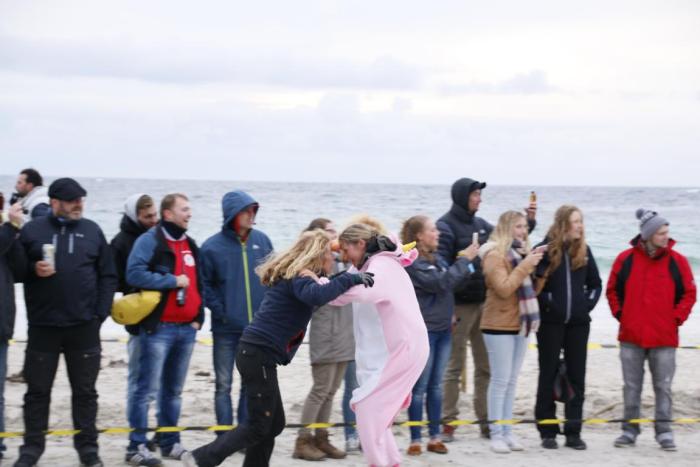 The large bonfire was lit and another Viking ritual as performed. Running and jumping in the Arctic Sea! Unicamel Oli in between the other rallyparticipants who were crazy enough to jump into the freezing ocean. 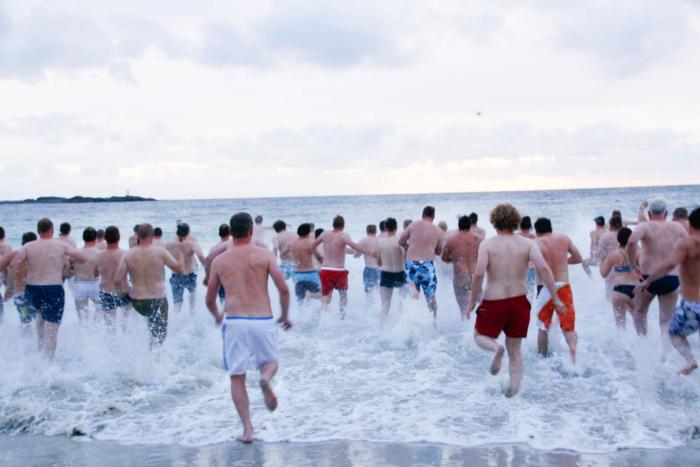 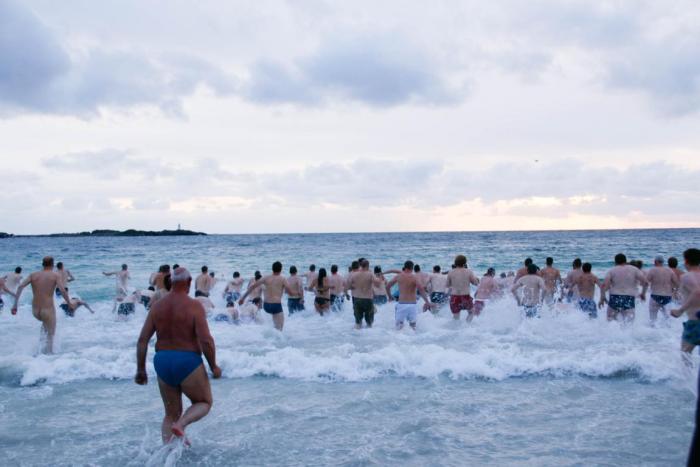 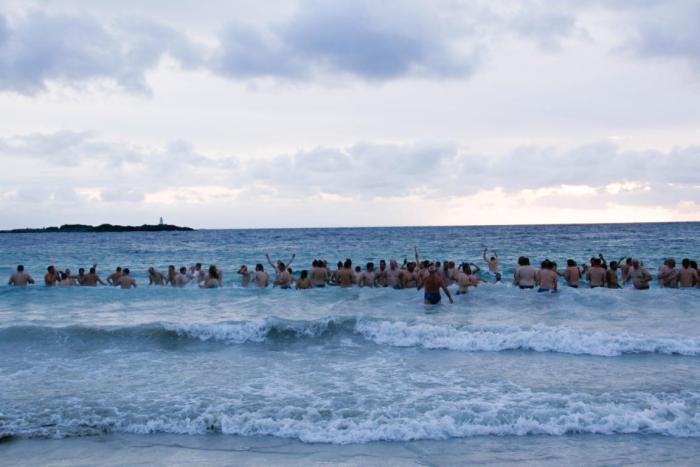 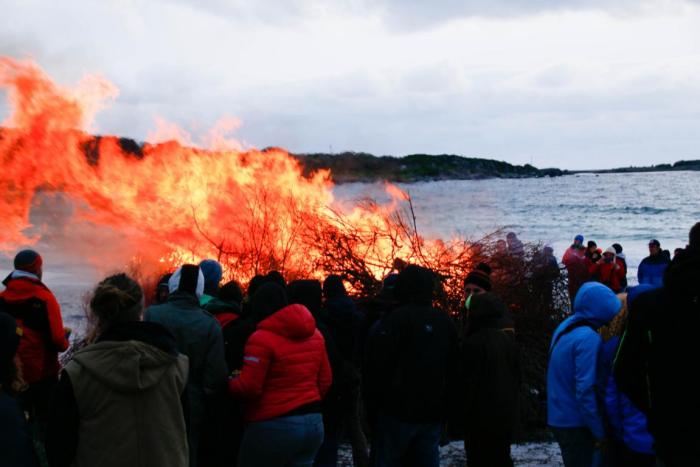 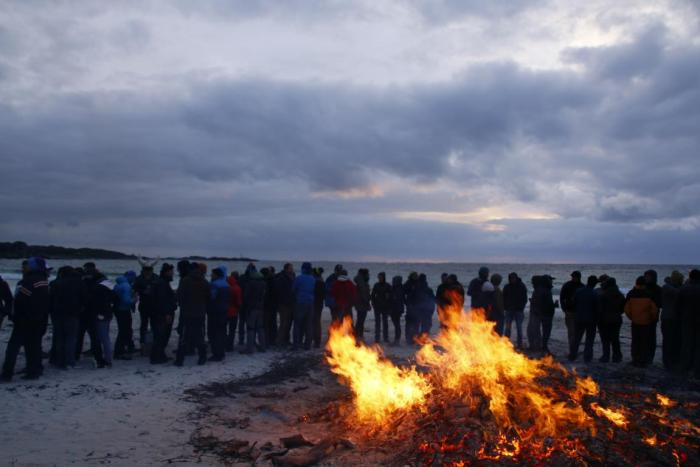