Finally we started our most important stage: The trip to the north cape, the alleged northernmost point in Europe. That actually Kinnarodden is a bit more northern may be ignored at this point.
At one of the many lookout points we got to know the Baltic Bembel Boys and their pretty S-Class. After a bit of shop talk about the differences of the two models we were heading further north. We met Team SmartStep Racing for Lunch and were able to fulfill 3 dreams:

1. Torben always wanted to be driven in a Mercedes S Class.

3. Judith always wanted to sit in an old Trabi.

Judith was seated in the backseat of a Trabant 601 S Deluxe, model year 83. 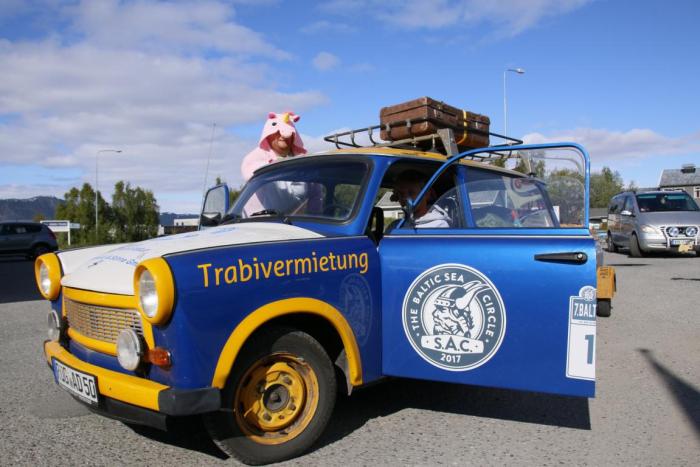 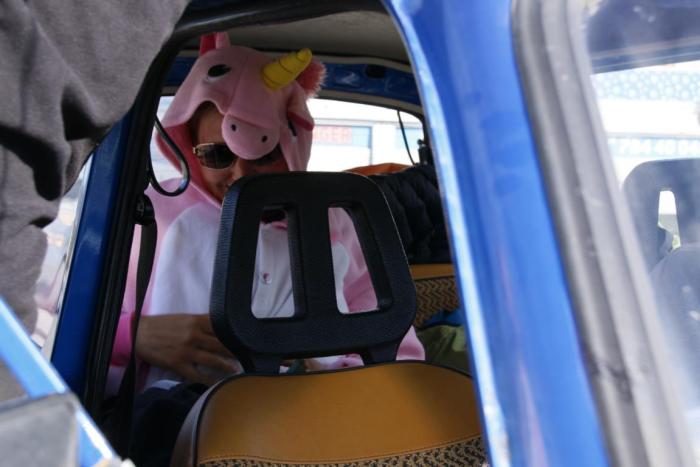 The Deluxe versions means a heated rear window and headrests fort he driver and the co pilot. The trabi is made of pressed paper and weighs about 650 kg. One of our additional challenges is to put the car on blocks of lego, at least 10 cm high. So the Team SmartStepRacing just lifted their car on the blocks. We already figured that with Volker Tüvnix and his 2.2.tons the blocks of lego won’t survive. 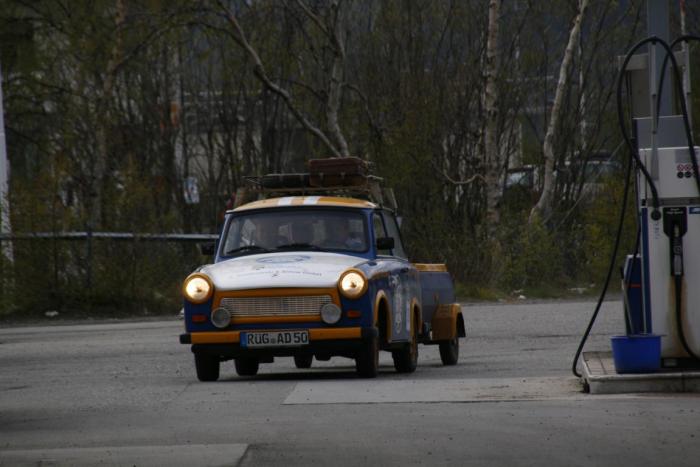 At the end of our trip we still had one more thing to do: to put gas into the Trabi. That’s actually quite a mission. You need: gas, oil, a measuring stick, an abacus and two unicorns.

The Trabant has no oil reservoir and you have to ad it after the gas into the tank. After this is done, you have to shake him really lovingly that the mixture is well mixed.

Torben also got an extra challenge: He had to trade in our swedish dolls. He managed to get an entire bottle of rum for them. We are impressed. 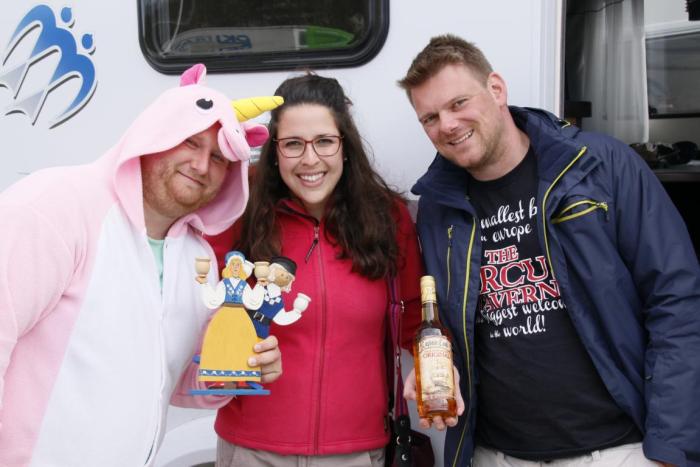 We made it!!! At 5 a.m Volker Tüvnix and the Unicamel made it to the North Cape and fulfilled the daily challenge. Take a picture with your team and a globe. Thank you for all your support! Donations are still possible until the 2 nd of July.