All in all: a funny day!

Today’s challenge dominated the entire day: Kick out your pink Unicamel copilot at the junction E45 – 296 and pick a new copilot from another team. We drove directly to the junction and were greeted happily by another team. 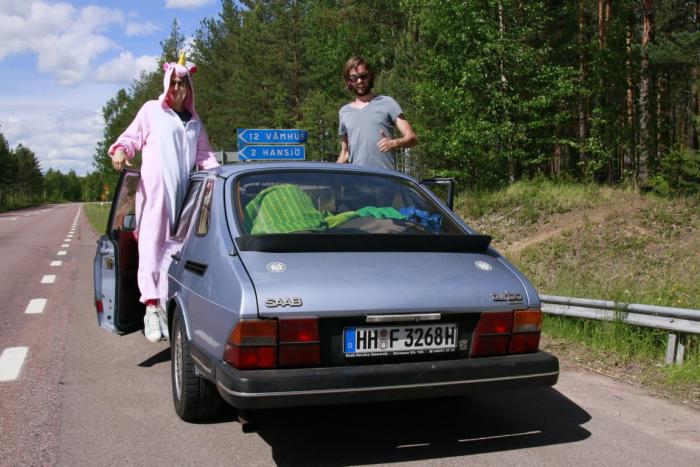 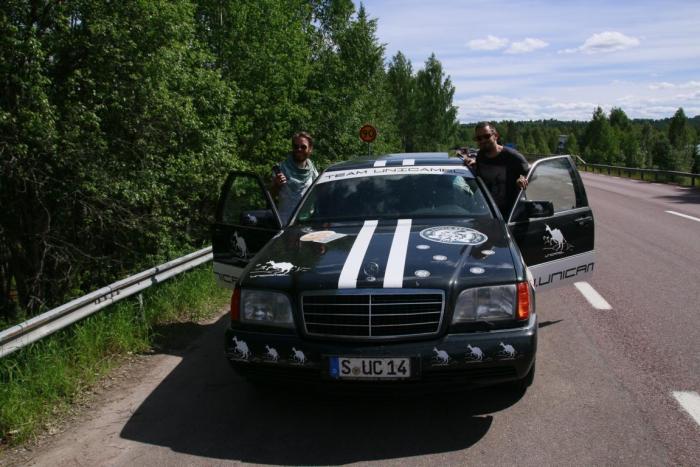 So Oli met Lars, who spent the next couple of hours with him and Volker and Judith got into a Saab 3000 and met Petra and Jens.

Now it was time to master the second part of the challenge: tell each other a joke and the person who won’t laugh has won the game and the team is rewarded with certain points.

The Saab 3000, Judith was sitting in, met another team a few hundred kilometers later on the road. They were already very sad because they couldn’t find anyone to change copilots with. No other team had stopped.

So happily a pink Unicamel joined the party bus and kicked out their copilot Michael. 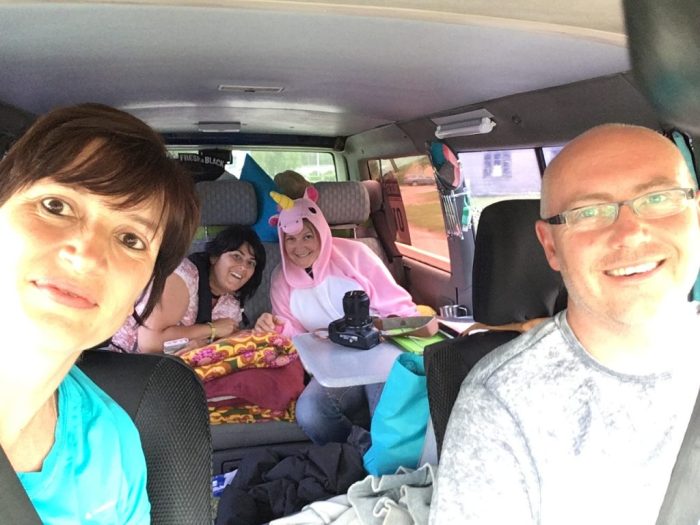 After all the confusion we found out that the 296 crosses the E 45 3 times!!! And we were wondering why they stuck us with strangers for a couple of hundred kilometres 😊 Luckily we found very nice new copilots.

The Krostitzer Lerchen made Judith feel very welcome on their bus and so we decided to spend the evening together. So we were also able to see the famous and amazing winebar their neighbor Lutz hasd created for the rally out of an old suitcase and see the special smurfsparrowlark. 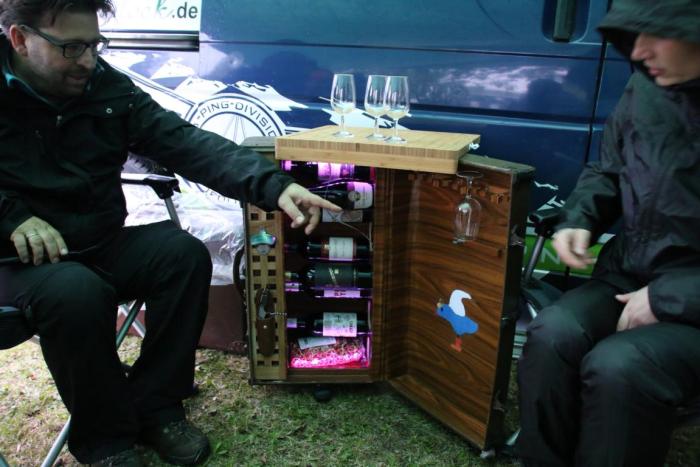 #
Luckily we had a scout with a lot of experience so the tarp was hung up before the rain and there was enough space to accommodate the swiss Teams Faster-Docs and golden Pineapple. All the jokes were told again and it was a very nice evening.