After a night on a pasture in the industrial part of Merzifon we were able to hit the road at 8.30 am.
Team Fehlzündung went their own way today and the Unicamels decided to have a lazy day starting with a nice Coffee in a Coffeshop in Unye to finally load up the video from the Le Mans race. Unicamel Mimo and Kevin went to a barbier shop. We now call them Murat and Kemal 🙂

Just out of town we found a TÜV TÜRK so we were able to fulfil our last Instanbul challenge: Wrote postcards to school children and leave them in a TÜV TÜRK station. 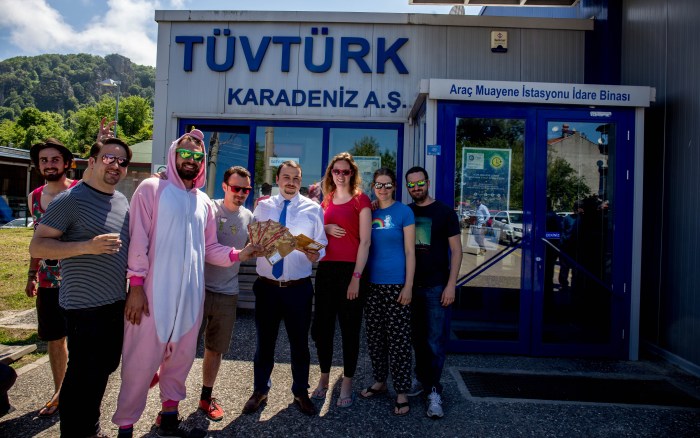 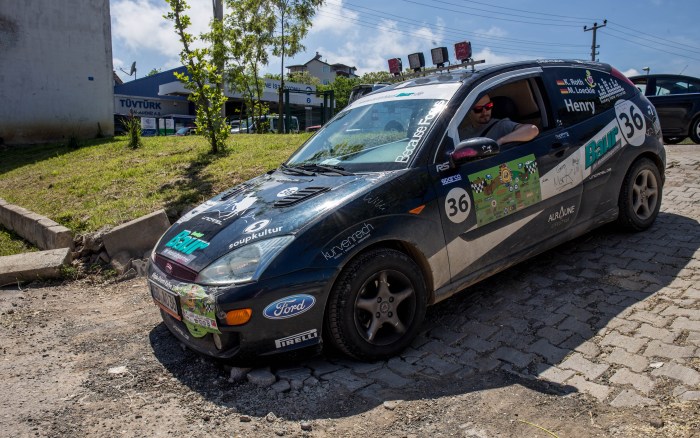 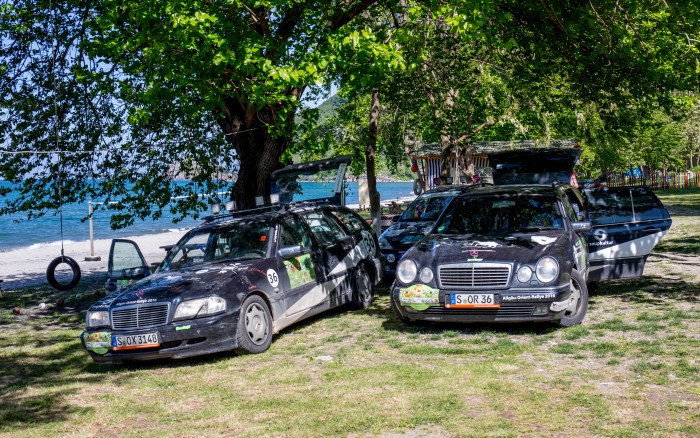 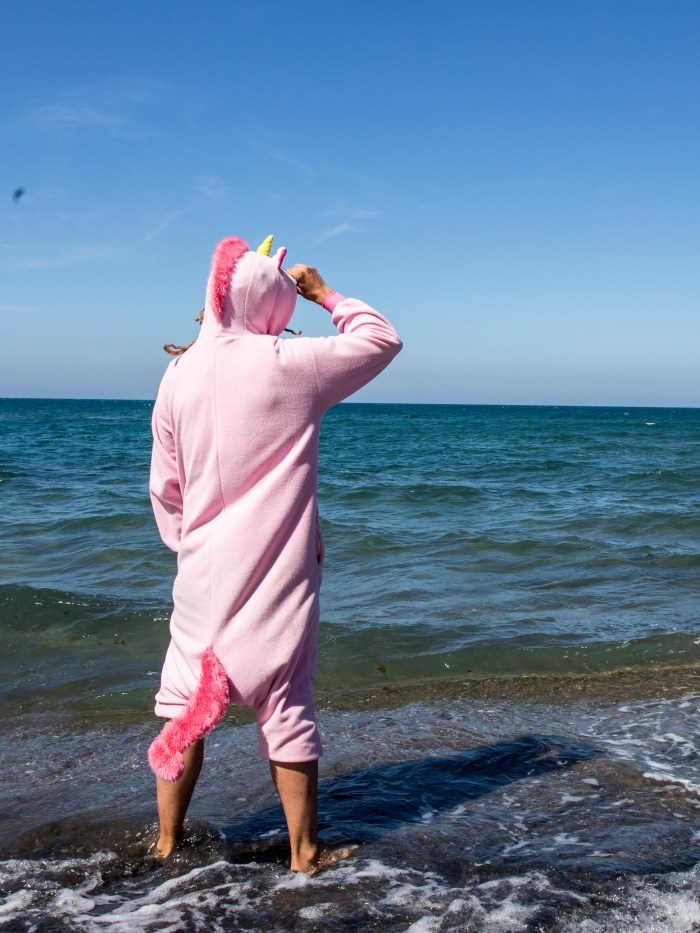 On the way to Giresun we stopped in Ordu to take a ride up the mountain with a gondola. 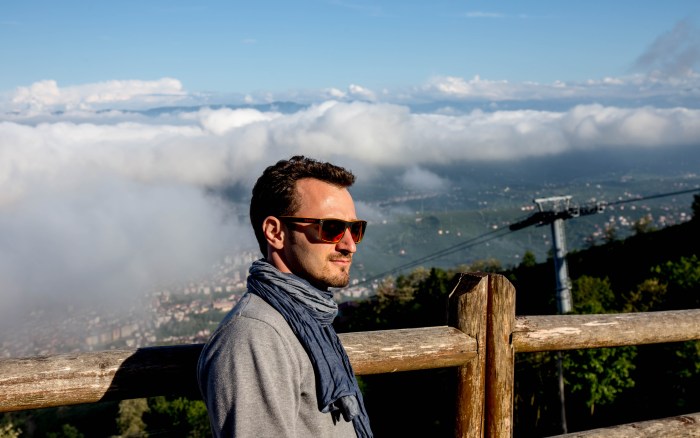 For the night we stayed at Giresun at the waterfront and were treated with a nice sunset which turned the entire city into gold.