+++ Breaking News: Unicamels are crossing the Bosphorus! Audition with the Turkish Secretary of Foreign Affairs +++

After a long sleep all the cars (over 200) drove through Istanbul to the blue mosque where we had the event with the Turkish Secretary of Foreign Affairs. We had to wait for a while so we had coffee, breakfast and a few selfies with the 2 unicorns of our team. 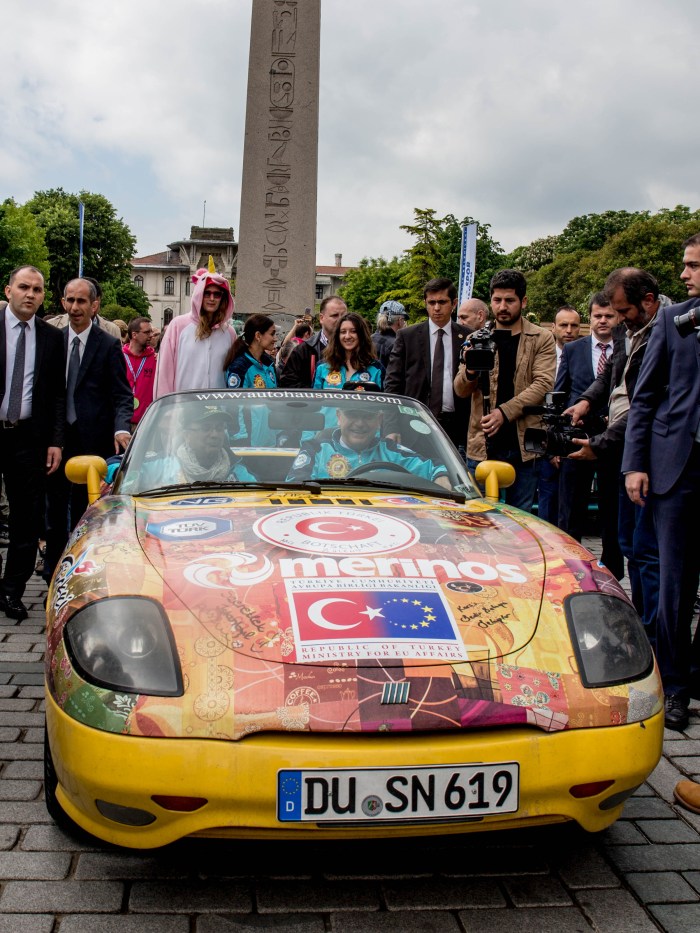 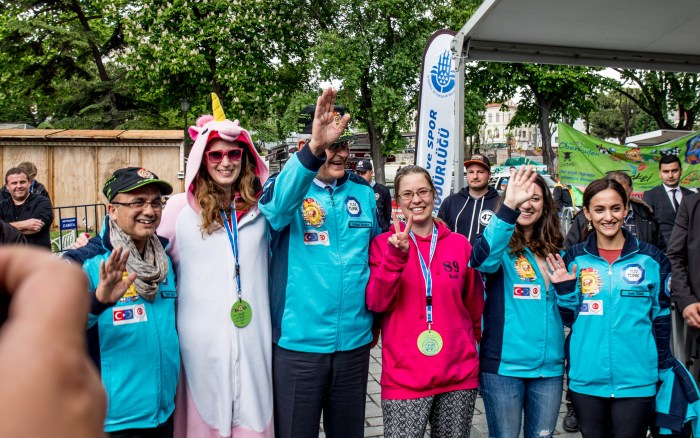 Unicamels wrote history by being on the front page of several leading newspapers by posing for pictures with the Secretary of Foreign Affairs. #PinkForPeace 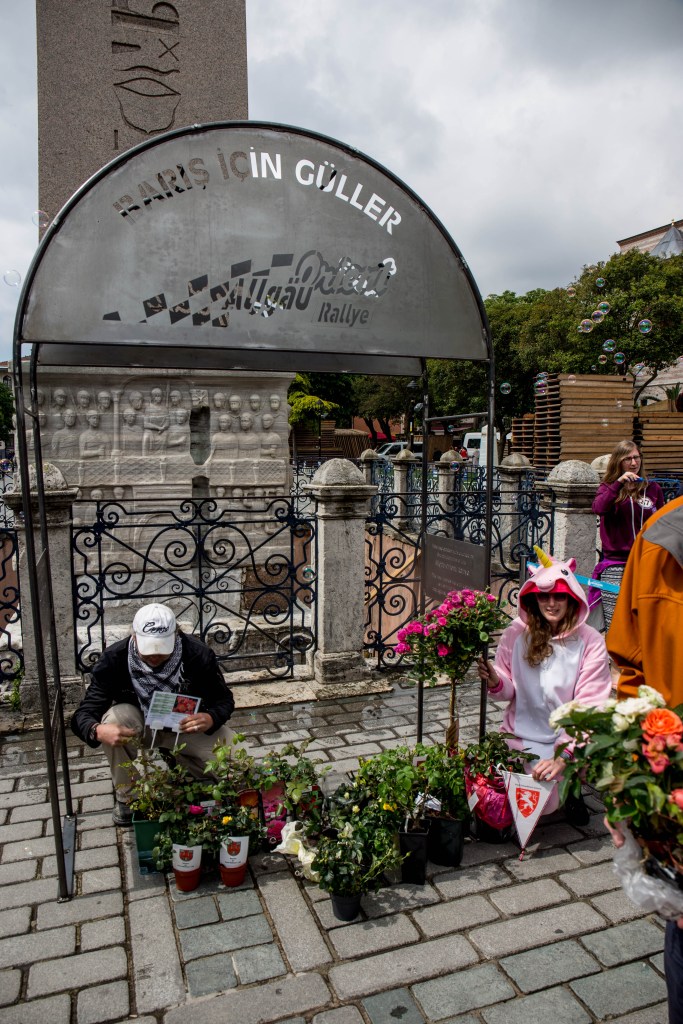 After the event all the cars were supposed to drive in a police escorted convoy to cross the famous Bosphorus Bridge. This ended in a massive chaotic tumble in the Istanbul traffic jam. The police had to pick up lost and detouring cars all the time. We took a few detours ourselves 🙂 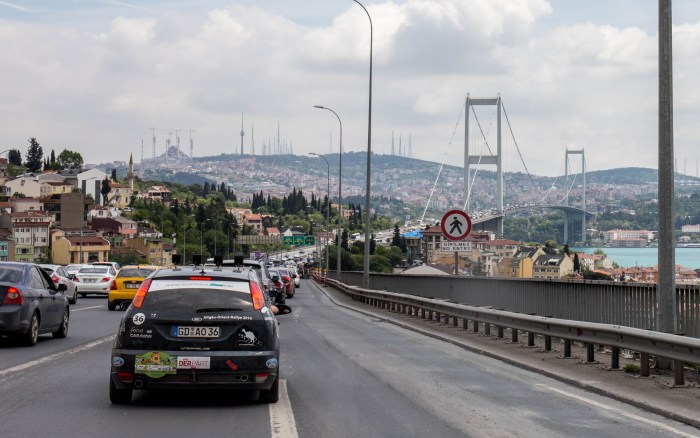 Everywhere we drove past people smiled and waved, but who wouldn’t when you are looking at a pink Unicamel hanging out of the window! 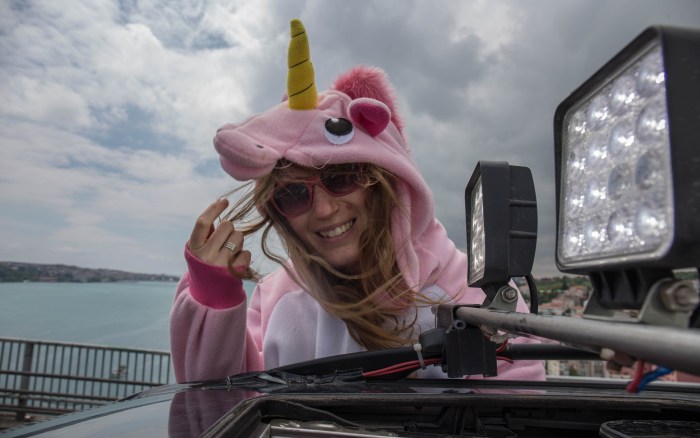 After getting lost in Istanbul traffic we erred around in a few circles and eventually found the driver camp on the Asian side of Istanbul.
There we were greeted by locals with yummy Köfte and an attended the official event with the mayor. Today was also the day of the Kite-Fight-Challenge. Every team had to build a Kite on their way to Istanbul. The winner of the challenge is the kite, which stays in the sky the longest and takes down other kites. Our kite did quite well but was taken down in the end. But we received an extra point for our design. 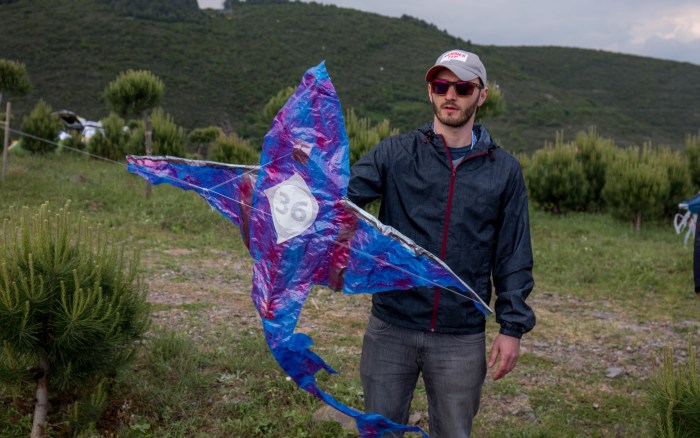 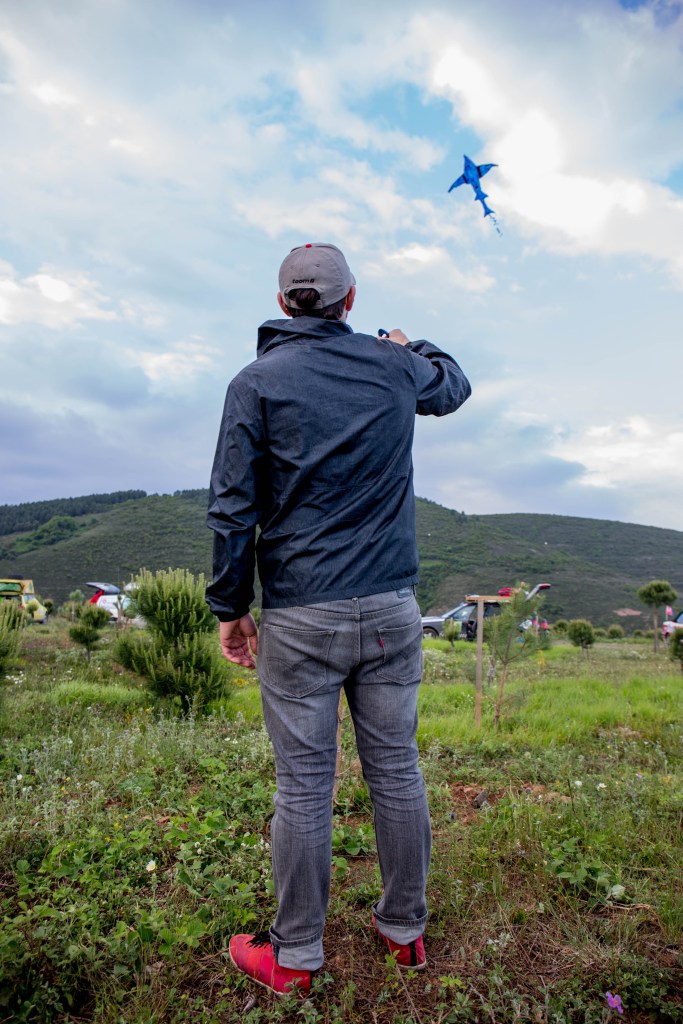 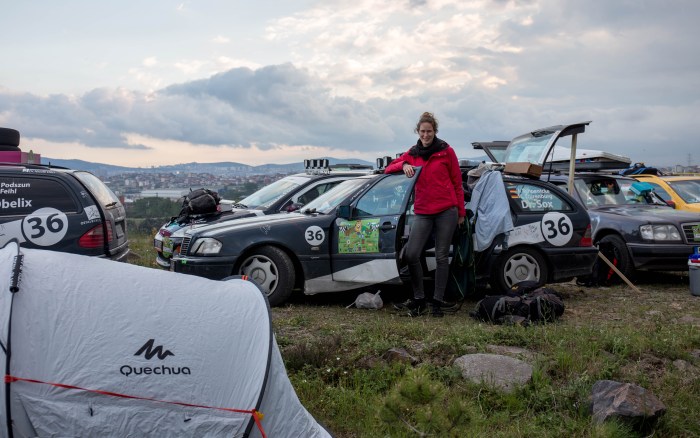